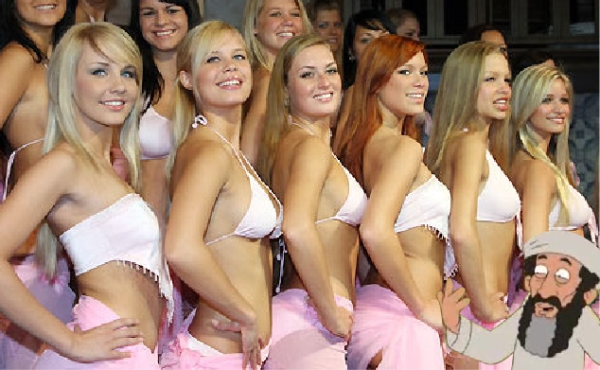 Propaganda websites in North Africa have been circulating the myth that Iceland will pay men $5000 a month if they marry an Icelandic woman, which is supposedly due to a lack of men.

This myth started in June 2016, after Iceland’s soccer team beat England in the world cup.

The original lie can be traced back to the blog, The Spirit Whispers, where there is a post which reads:

“Perhaps the most prominent of our attention the story that it’s because of the high proportion of females than males have resorted government of that country to the solution is to grant $5,000 per month per immigrant marries Icelandic, and that the priority in this resolution will go to North Africa’s population”

And they have gone crazy on Facebook spamming random Icelandic women with marriage proposals.

The European Union knew full well that propaganda like this was, and is, being spread in North Africa, Africa, and the Middle East, but the did nothing about it.

That’s because they want these immigrants. They want to make Europe minority White. They call this “diversity”.

It’s not “diversity” or whatever crap they are calling it. Let’s be honest, it’s simply just White genocide — and they know it as well.